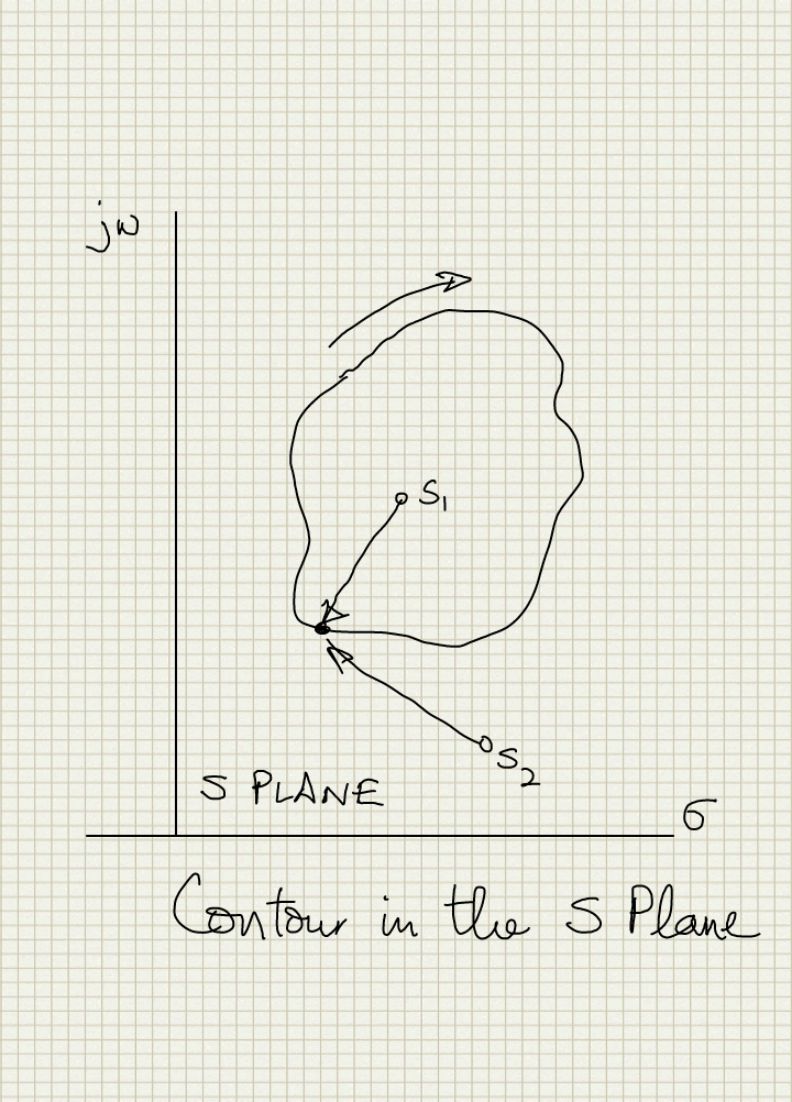 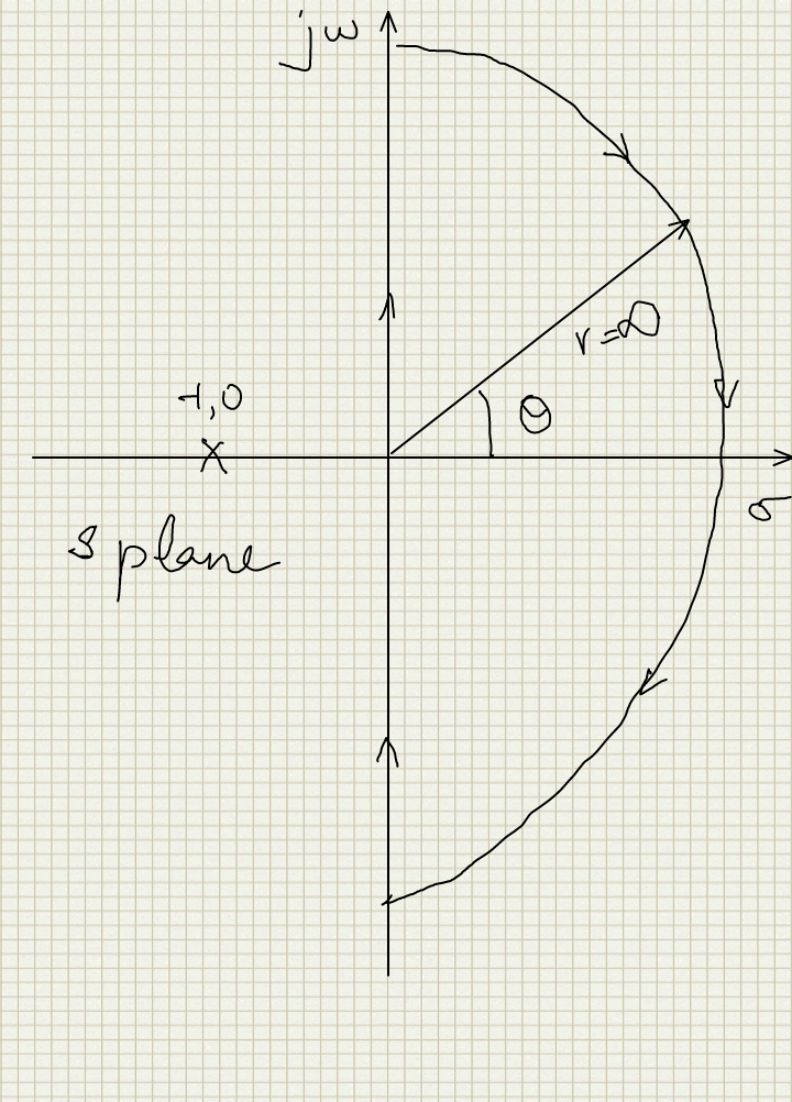 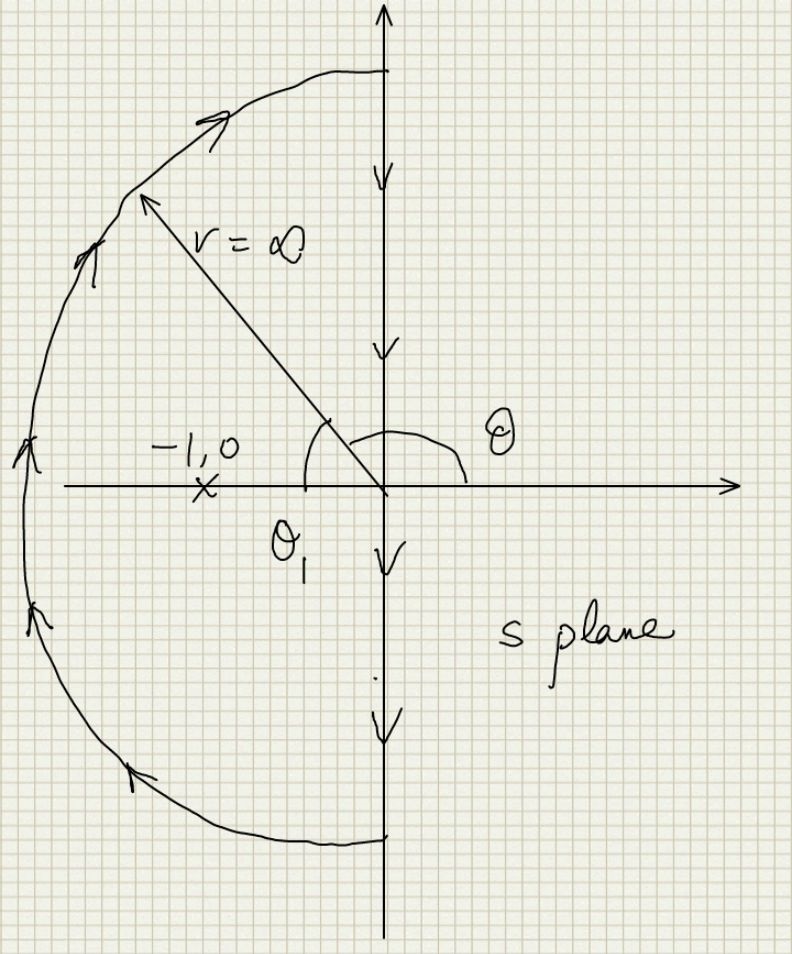 For this contour we expect that the G(s) plane contour should encircle the origin once in counter clockwise direction. Let us start on the contour from the origin and go down the jw axis and create a table of values as we go down to see the trend: 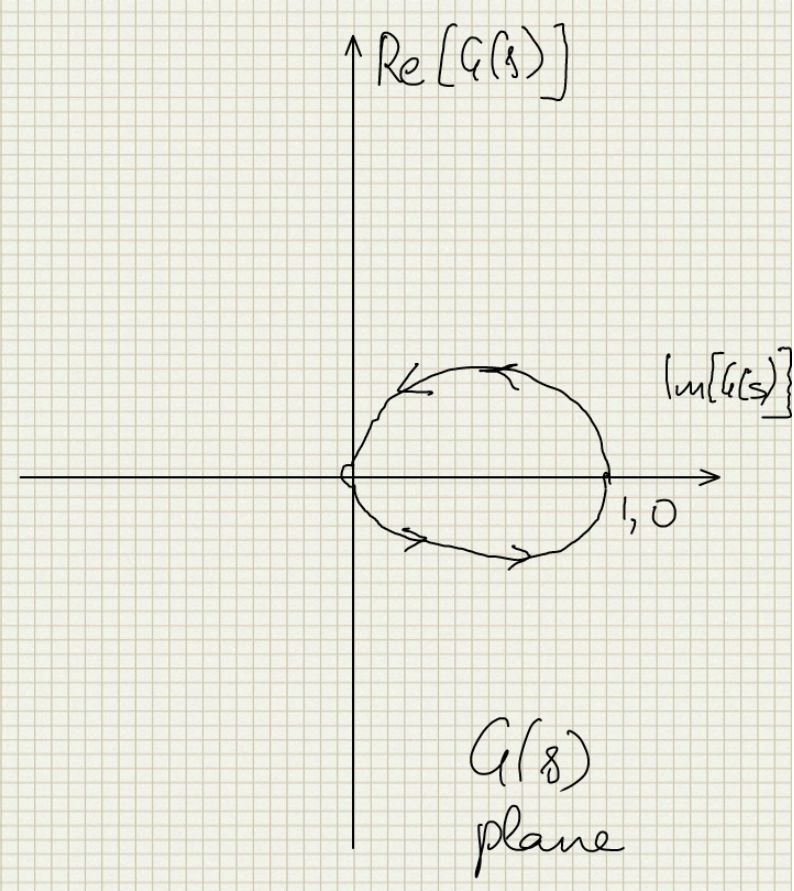